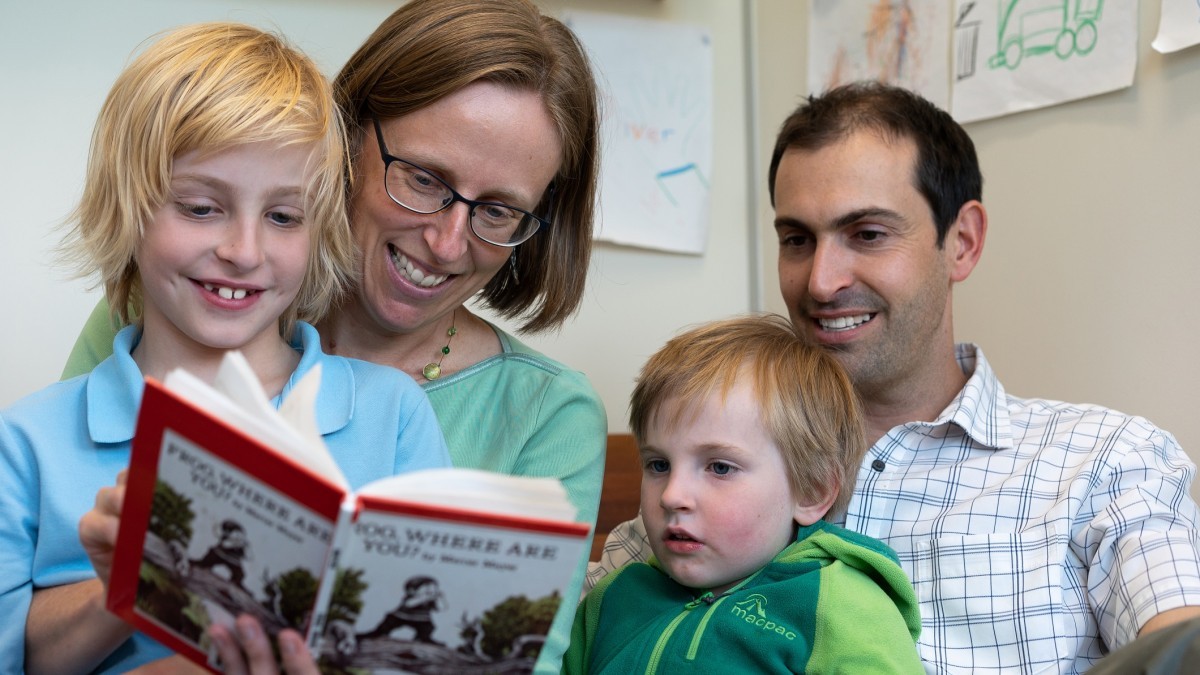 Family at the Language Lab.

The Language Lab at the ANU Research School of Psychology is home to the Canberra Longitudinal Child Language (CLCL) Project.

As part of the $28-million ARC Centre of Excellence for the Dynamics of Language at ANU, the CLCL Project is looking to explain individual variability among children: why some two-year-olds have more than 200 words in their vocabulary while some have none.

Over 100 children have been participating in the study since they were nine months old, visiting the lab every three to six months. Researchers are collecting data on how the kids develop rapid language processing, both in the lab and through recordings made at their homes.

Founded in 2012 by Associate Professor Evan Kidd, the Language Lab is involved in several other studies alongside the CLCL Project, including an ARC Discovery Project investigating the role of statistical learning in later language and literacy acquisition.